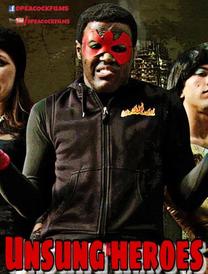 Unsung Heroes is a rag tag group of unwanted heroes banding together to stop the forces of evil... They just suck at it! The story takes place in a town called Falcon City and here, the "Unsung Heroes" are 2nd rate heroes who are still discovering how to be better heroes.  Even though each of them possess superhuman powers, they have personality flaws that get in the way of their growth.  Let's meet the heroes! 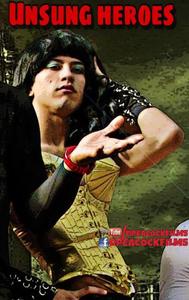 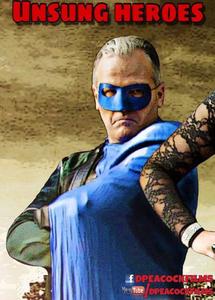 Obsessed with social media and becoming "the next big hero," Phoenix Black has the power to use music to transform himself into a martial arts expert and use his ultimate move the "Phoenix Punch."  The problem is that not only is he aware that he makes MANY mistakes but that he also loses his powers when music is no longer playing.

This pint sized geek is a transplant from India who loves the idea of superheroes and powers.  With his ability to teleport from one location to another, he attempts to protect others from harm.  Unfortunately, he often gets distracted in the middle of his mission because of his A.D.D.

The raven-haired beauty known as Annie Gloom, has a bad attitude to match her gothic fashion choices. Even though she spends most of her time talking to Pepper, a doll which houses the soul of her best friend, she still finds time to make snarky remarks.  Be careful though, she has empathic powers, mostly uses them to negatively affect her victims with depression. 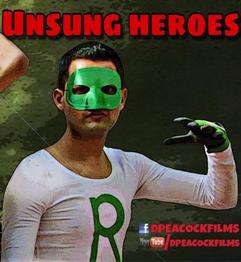 This sassy and vivacious drag queen is often the favorite of all the civilians she rescues... Until they realize that she's probably picked their pocket at some point.  It's not her fault though, she is a habitual kleptomaniac!  Especially since she has super-speed, no pocket is safe! 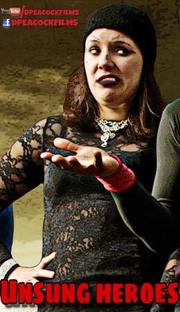 In the past, there was also...

This forcefully retired hero is known as Captain Armstrong.  He is a golden-age hero who was the leader of the Apex Heroes (this city premiere superhero team) until he was asked to step down by his son, Captain Armstrong Jr.  Even though he now tires easily and has a bad back, this long-winded hero now uses his super strength, ability to fly and "armstrong vision" to add to the Unsung Heroes.